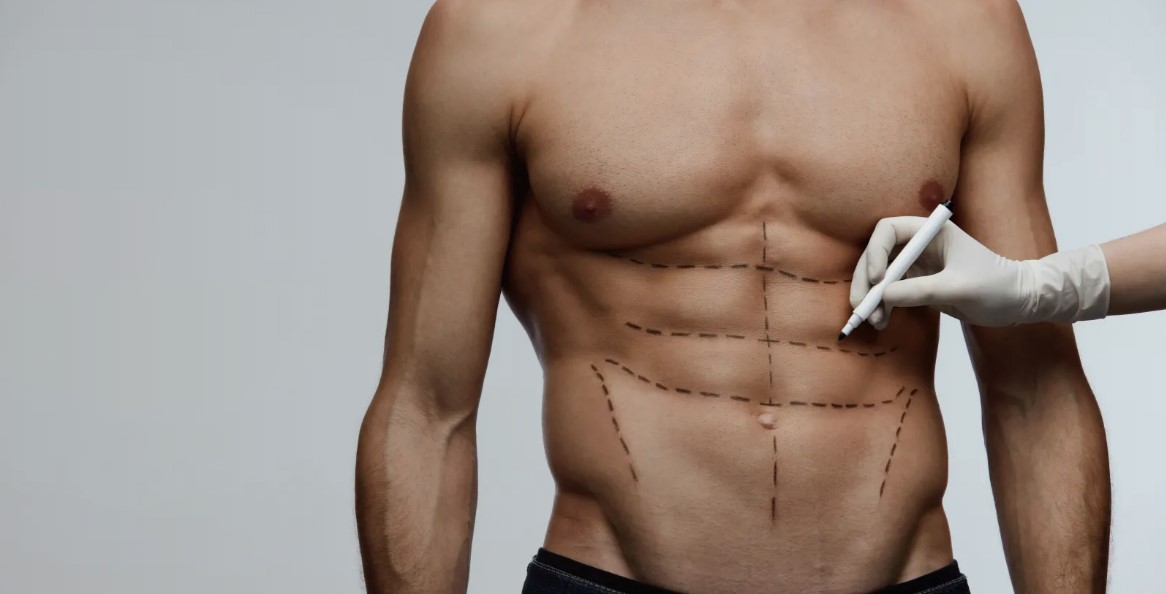 Women aren’t the only ones who can feel the pressure to live up to an aesthetic ideal. More men are seeking to make changes with the help of cosmetic procedures.

In a world of rapidly evolving beauty standards, and where we have instant and continuous access to media and commercial images, women aren’t the only ones who can feel pressure to live up to an aesthetic ideal. More men are seeking to make changes with the help of cosmetic procedures designed specifically for a male audience.

The Rise of Plastic Surgery for Men

From the male corsets of the 1700’s to the bodybuilder bulking of the 1980’s, there has always been social pressure on men to look a certain way. However, the world today is very different from even 20 years ago: increased access to media images, the invention of social media, awareness of celebrity culture, and a rise in image and video enhancement practices, are all factors that have made men increasingly aware of their appearance.

Culturally and socially, it has become more acceptable for men to have cosmetic surgery. According to the American Society of Plastic Surgeons, 1.5 million men went under the knife for cosmetic reasons in 2015. That’s more than three times the number who got work done in 1997.

60% of Los Angeles dermatologic surgeon Jason Emer, MD’s patients are male and many of his treatments are designed specifically for them. “Men are finally becoming more open to health, maintenance, prevention, and they want to avoid aging,” says Dr. Emer. “They’re more open to talking about their bodies and want Botox®, peels, skincare, fillers, body sculpting, and the ‘man shot’ to enhance their genitals. Men also want chest surgery using implants and sometimes the feminization of features”.

It’s now easier than ever to receive treatment for issues specific to men. Medical advancements mean that surgery is safer than ever before, downtime is shorter, and perhaps most significantly, the stigma around men getting work done is gradually disappearing. Here are some of the most popular procedures among men today.

“Men want six packs, tight abs and a masculine chest,” according to Dr. Emer, and there are plenty of body sculpting treatments available to help them achieve these goals. Body sculpting, also known as body contouring, uses various methods to shape the body to create a leaner, more toned and muscular figure, and remove excess fat from areas where it isn’t wanted. It can also help remove excess skin due to weight loss.

Hi-Definition Liposculpture is one of the most popular surgical procedures offered at Dr. Emer’s clinic. It combines regular liposuction with multiple other technologies, such as lasers, ultrasound, or radio frequency energy, to remove layers of fat that lie deep under the skin while at the same time sculpting the body into a desirable shape. The process creates a sleeker silhouette, helps to reduce the appearance of cellulite, and is generally used for sculpting the torso and upper arms area.

Dr. Emer often performs liposuction along with a water-assisted Body Jet fat removal system, which helps prevent swelling after surgery, and laser and radiofrequency technologies which heat and tighten the skin and disrupt fat, allowing for fat breakdown and (if applicable) scar tissue removal. He says these combinations result in a more defined and desirable shape.

As with all surgical procedures, there is always some level of risk associated with Hi-Definition Liposculpture and before embarking on the treatment, every patient needs a thorough consultation with a board-certified surgeon to make sure they are a viable candidate. This includes checking the customer’s current health state and lifestyle, as well as addressing any potential allergies that could cause issues with the procedure. The recovery time is dependent on the patient, but most will experience a little discomfort during the first few days, but after two or three weeks should be able to get back to everyday life.

The cost of Hi-Definition Liposculpture varies widely depending on the provider and how many areas are treated, but can cost anywhere between $5,000 and $50,000.

One of the most common aspects of their physique that leads many men to cosmetic surgery is male breasts, fatty deposits in the chest area rather than toned pectoral muscles. Fat naturally appears in the chest as men age or gain weight, but can cause embarrassment and insecurity. Sometimes all the dieting and exercise in the world can’t shift these stubborn fat deposits.

A popular option for male breast reduction is gynecomastia surgery which removes fat and sometimes skin in order to create a sleek and contoured chest area.

Generally, the patient is put under general anesthetic and liposuction is used. Small incisions are made under the skin and a cannula is inserted to loosen up the excess fat. Excision is also used to remove excess skin and reshape the area.

The recovery time for this procedure is usually within two to three weeks and the average cost of gynecomastia surgery is between $3,500 and $4,000, according to the American Society of Plastic Surgeons,

Many men feel insecure about the size and shape of their genitals and some seek cosmetic surgery to help. “Rejuvenation of the genital area using the Priapus Shot® (P-Shot®) or fillers for the penis area are among the most popular procedures for men,” according to Dr. Emer.

The P-Shot® is an injection made up of platelet-rich plasma (PRP) which is believed to encourage cell production and help rejuvenate the skin. The procedure claims to produce a larger, more symmetrical penis with fewer wrinkles and a generally more attractive appearance. As well as encouraging growth, the P-Shot® is primarily designed to help men with erectile dysfunction achieve stronger erections, more sexual satisfaction, and increased self-confidence. The recovery time for the P-Shot® is minimal, as it is a non-invasive procedure. Patients are usually advised to undergo two separate treatments to ensure lasting results. The average cost of one procedure is around $1,700, with the second procedure costing about $1,400.

Another type of genital rejuvenation is penile filler. This involves a series of small injections into the genital region, generally into the base of the penis. The filler helps improve the appearance and increase the size of the penis and is often used as a penis enlargement procedure. The average cost of non-surgical procedures for penis enlargement ranges from $1,000 to $5,000 depending on how many injections are needed to achieve the desired result.

Dr. Emer highlights that many men are dissatisfied with their facial appearance and “want to improve their complexion, get rid of dark circles under the eyes, remove fine lines and wrinkles, and improve the neck and jawline.” The needs of male patients often differ from females, as they desire attention to slightly different features to achieve a more chiseled, classically masculine look.

Dr. Emer commonly uses short term dermal fillers to address these concerns. Restylane®, a type of dermal filler which contains hyaluronic acid, is used to reduce the appearance of fine lines and wrinkles, improve skin tone, and generally create a more youthful appearance. The effects are likely to last around 2-3 months. Restylane® syringes cost in the region of $620 each, although in some cases they can be as much as $750 each.

Bellafill® is made with polymethylmethacrylate (PMMA) and is another type of facial filler used to enhance the facial skin’s appearance, create a youthful look, and define jawlines. It can also be used to reduce the appearance of scars such as those from acne. The effects of this type of filler can be permanent and there are a number of risks associated, including infections, swelling, and lumps. Bellafill® costs around $800 per syringe.

What Else Can the Cosmetic Industry Offer Men?

Men, it seems, want the same thing from their cosmetic procedures as women do: to appear more youthful, healthy, and attractive. “Men want to look masculine, but want lifted, not lateral, cheekbones,” says Dr. Emer. “They want implants in the jawline, hair rejuvenation, and chin augmentation with fillers.” Other popular procedures for men include eyelid surgery, Botox® (or ‘brotox’ as it is now affectionately known to male patients), neck lifts, tummy tucks, laser hair removal, and Coolsculpting.