Home All About The "Nip" Tuck: 4 Breast Procedures That Free The Nipple

For all the talk about busts, nipples have always flown under the radar — until now. Here, four cosmetic surgery procedures to enhance the most prominent part of the breast.

Free the nipple! Even just the casual social media user has likely noticed the ever-popular hashtag turn up in their feed as celebrities like Rihanna, Kendall Jenner, Bella Hadid, and more step out sans-bra or pose topless in an effort to end the censorship of women’s breasts.

While the campaign is culturally relevant, the current obsession with the nipple also fits into a larger trend in plastic surgery. Breasts themselves are — literally and figuratively — bigger than ever. A recent report from the American Society of Plastic Surgeons showed that breast augmentation was the most commonly performed cosmetic surgery procedure in the United States in 2017, and the number of breast implant procedures increased three percent from the previous year.

But it’s not just women who are opting for breast surgeries and, in turn, paying more attention to their nipples. Leif Rogers, MD, a Beverly Hills-based plastic surgeon, says men are just as interested. Male patients are asking for nipple lifts at a growing rate after seeing bare-chested actors with high nipples on TV and in the movies. Call it the “Game of Thrones effect.”

With nipple aesthetics now officially a part of the breast-enhancement conversation, there are four main types of cosmetic procedures that improve the appearance of the nipple and its surrounding pinkish-brown skin (i.e. the areola) to know about. Primarily performed by a cosmetic surgeon on an outpatient basis under local anesthesia, the nipple surgeries address everything from size and shape to projection.

Inverted nipples describe instances in which the nipple points inward and looks as though it has been sucked up into the areola. “It occurs when ductal tissue is holding down the nipple, causing it to contract,” says Michael Frederick, MD, a plastic surgeon at Hass Plastic Surgery & MediSpa in Palm Beach Gardens, FL. And there are an array of surgical procedures that can be done to correct it.

One such option for patients who do not intend to breastfeed in the future involves a small incision being made under the nipple to release the ducts that are causing the nipple to be tethered. A suture is then placed beneath the nipple to keep it pointing out. If the patient would like to maintain the ability to breastfeed, a slightly more unconventional course of action is recommended. “The best choice is literally to get the nipples pierced, because the post will keep the nipple from inverting and will eventually stretch out the ducts,” says Dr. Rogers.

He notes that while inverted nipples are a benign condition if you’ve had them since childhood, it’s important to see you doctor if you suddenly experience a nipple inversion as it could be a sign of breast cancer or another medical concern. “A newly inverted nipple can be an indication of an abnormal growth in the breast,” explains Dr. Rogers.

Large breasts usually (though not always) have large areolas, and breastfeeding can cause the area to stretch out even more. But what is the ideal proportion? “The optimal size, based on clinical studies, is a diameter of four centimeters,” says Dr. Rogers. “This is the size I do for both my male and female patients, and they all like it.”

In a 2016 survey conducted by The Plastic Surgery Group, 131 people were shown images of breasts and asked to rate the attractiveness of the areola and nipple area on a scale of one to five. The researchers discovered that smaller areolas and nipples are considered more attractive than larger ones.

Dr. Rogers explains that he “reduces the size of the areola with every breast lift” and breast reduction by removing a donut of skin around the outermost part of the area. The new perimeter of the areola is then stitched to the (regular) breast skin around it, and the ability to breastfeed is not impacted.

But, alas, it’s not a permanent fix — the areola can expand again over time. “There are some newer ways of doing it that can improve the stability of the reduction,” he says. “A nonpermanent mesh can be placed under the skin to help stabilize and reduce enlargement of the areola.”

Price: $6,000-$10,000 (depending on what additional cosmetic breast procedure is coupled with it)

Sometimes it’s not the areola that a patient feels is too big, but the nipple itself. A study from Canadian Journal of Plastic Surgery revealed that the optimal nipple projection is eight-millimeters and the optimal width is also eight millimeters, although the acceptable size of the nipple can fall in the six- to 10-millimeter range.

Making a large nipple smaller is a fairly simple process: A board certified plastic surgeon measures eight millimeters from the tip and draws a circle to mark it off as the new base. Circular incisions are made at both the original base of the nipple and the desired new base. The skin between the two incisions is then removed and the area is stitched up. Any additional nipple width is reduced by measuring eight millimeters across and excising a rectangle of extra skin on each side. Nipple reduction can sometimes impact breastfeeding, and those considering nursing should talk to their doctor beforehand.

Another factor in overall breast attractiveness: Nipple placement. According to a 2016 study in the journal of Aesthetic Plastic Surgery, men and women were shown images of breasts with the nipple in different places, and both male and female respondents indicated that the most desirable position for women was in the middle of the breast vertically and ever so slightly lateral to the midpoint horizontally. To achieve this placement, a breast lift with areola reduction (see above) will result in a perkier, better-positioned areola and nipple.

For men, a nipple lift can be done to raise the areola slightly on the chest. Dr. Rogers says a plastic surgeon will remove a crescent of skin above the areola and stitch the skin back together, leaving the entire chest area looking more chiseled and masculine. 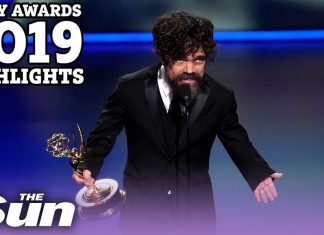 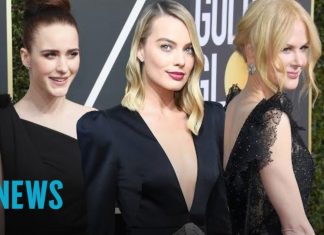